Shutter-style doors did not appear in North America until the 1980s and saw very slow adoption rates. Traditional markets such as the fire service can be very slow to adopt new technologies.  Early detractors felt that shutter-style doors were prone to several issues, including leakage, jamming, and simply occupying too much space.  Over the years, market competition has led to significant improvements in addressing these objections.

In general, the advantages of shutter doors can be wrapped up into 4 categories: Safety, efficiency, reduced propensity for damage and weight savings. 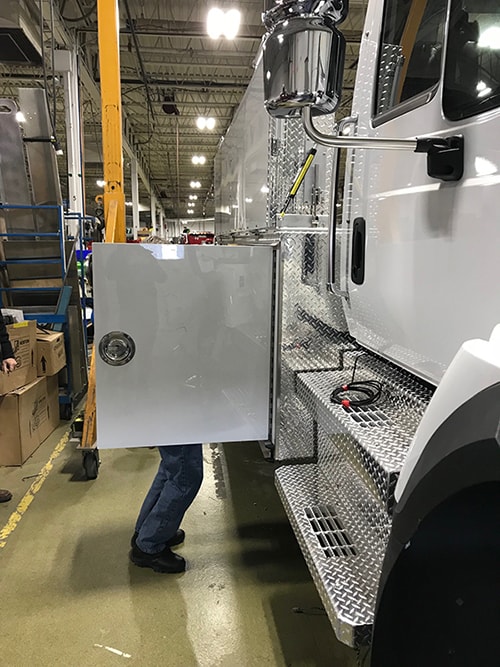 Hand signals are not very effective through solid doors.

Let's see each one of these advantages individually...

When deploying a conventional swing door, the operators’ view of the scene is compromised, and emergency personnel often cannot make eye contact with other team members.  Vision-related safety issues will be explored in greater depth in future blogs.

A significant number of operating environments involve confined space.  In the interior of an ambulance, space is always at a premium.  Swing doors require that the entire area occupied by their swing be left clear restricting interior layouts.  Roll-up doors eliminate this obstruction and allow greater utilization of this critical operating environment.

In the photo below, the use of a roll-up door allows for unencumbered storage immediately adjacent to the curbside entry door. 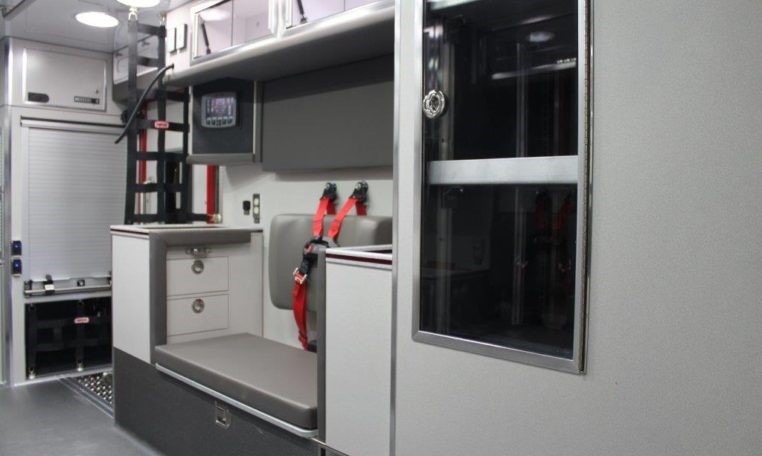 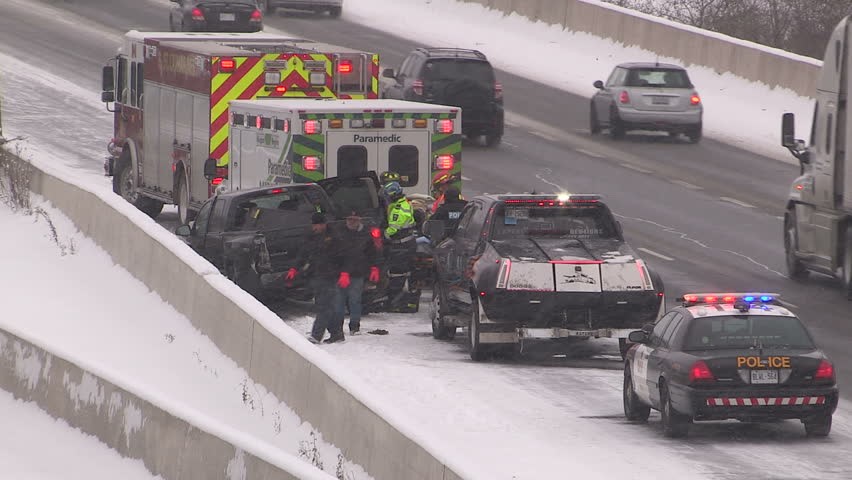 In this case, roll-ups allow the Heavy Rescue to park and safely operate tight against the median

Running lines and deploying equipment at maximum speed while firefighters are navigating around swing doors is downright dangerous!  If two fire apparatus are parked at a congested accident scene, it may be impossible to access compartments with swing doors. 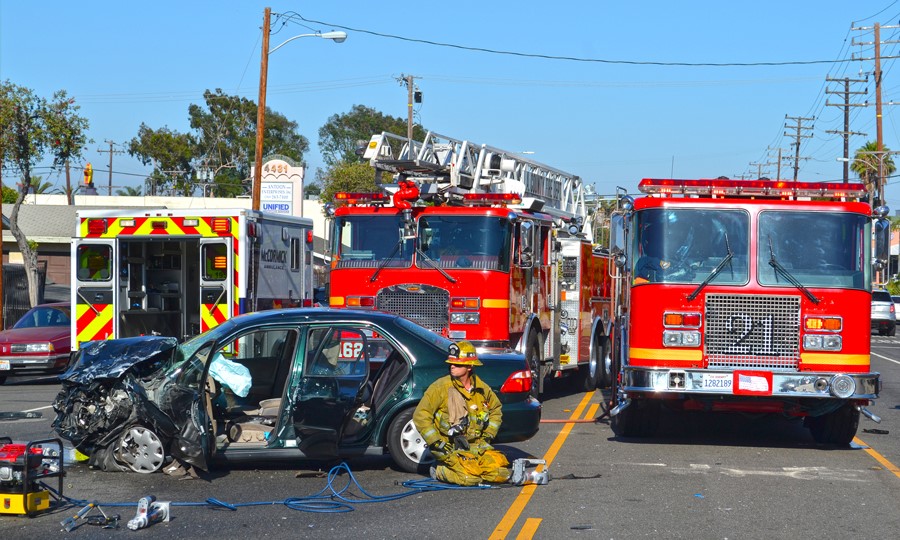 Virtually every week, our team receives a call from a dealer or department to inquire about a full truck retrofit from swing doors over to roll-up doors.  For operational reasons, it is common practice for compartment doors to be left open in the fire hall.  Several reasons for this practice are to allow compartments and gear to dry out faster as well as allowing firefighters to see their equipment and “gear up” faster when receiving an emergency call.

Unfortunately, all too often, a swing door is left open as the truck leaves the hall.  The result?  Swing doors being ripped clean off the rig and/or significant structural damage to the fire hall itself.  This circumstance is eliminated using roll-up shutter doors.  The same issue can happen on scene when swing doors are left open.  Secondary vehicles or even motorists routinely rip fire apparatus swing doors of the vehicle.

In this suspected example of target fixation, a catering truck ripped the door off a fire truck involved in an extrication while approaching the accident scene.  As evidenced by the skid marks, the driver saw the wide-open swing door too late.  Although this is a cab door, the same situation occurs with compartment doors every single week

Over the years, fire apparatus has become increasingly complex.  This, combined with the downloading of services, requires firefighters to carry more equipment than ever before.  As a result, fire departments and the firms which engineer and build their trucks always have one eye on vehicle weight.

This issue can have wide-ranging implications ranging from axle ratings to engines to layouts designed to reduce the center of gravity.  It is not uncommon for double-walled swing doors built around a ladder frame to weigh 100 pounds or more each.  A full-sized aluminum roll-up shutter door would result in weight savings of 30% or more.  When multiplied by 7, 9 or 14 roll-up doors per truck, the weight savings can be considerable.

This blog has outlined the major reasons that aluminum shutter-style doors have become the standard in the emergency vehicle industry.  In short, they are a safer, more efficient choice for apparatus design.  In future blogs, we will explore other industries where early adopters are beginning to recognize the value (if not a necessity) of roll-up doors.

Got a question? Contact our team of experts at ISG for more information.